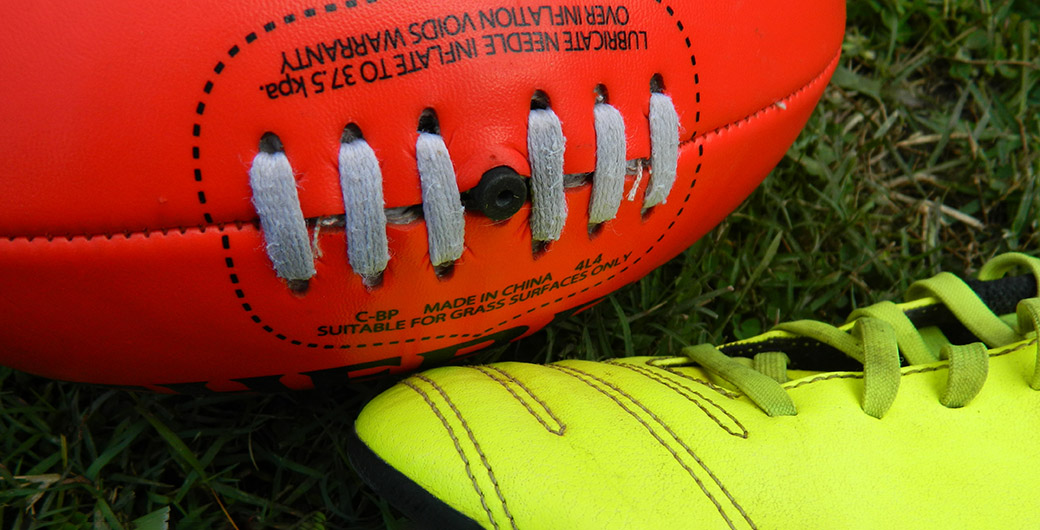 The Collingwood Football Club (CFC) commissioned a report from Larissa Behrendt and Lindon Coombes, titled the Do Better. This publication investigates instances of racism within the organisation, and has resulted in Heritier Lumumba’s calls to have the entire AFL undertake a similar investigation. Although this report was motivated by ex-Collingwood player, Heritier Lumumba’s public complaints of racism during his time at the club, there is a long history of racism in CFC, and across the AFL, including towards First Nations people. Carissa Lee Godwin, Editor, APO’s First Peoples & Public Policy Collection, discusses Do Better, that features in the Analysis Policy Observatory’s First Peoples Public Policy Collection.

Larissa Behrendt and Lindon Coombes at the University of Technology Sydney, conducted thirty interviews with CFC members to gain insight into their experiences within the club. The research found that “there is a gap between what Collingwood Football Club says it stands for and what it does.” This report illustrates how racism can be perceived as normal conduct, and why organisations need to make sure that certain behaviours are addressed before they become part of their identity.

The report states that while the Collingwood Football Club has a unique history in relation to racism and racist incidents within the AFL, the comment was also made from several quarters, internal to the Club and external to it, that Collingwood was well placed to adapt, change and lead in this space.

Key criticisms made by those interviewed about the Club’s failure to address both incidents of racism and its structural racism were focused on the absence of clear and trusted avenues through which complaints could be made. The Club was more likely to react to media coverage about a racist incident than to complaints made within the Club
The other important thing that needs to be acknowledged in this process is that, while individuals have grown from learning about the incidents of racism raised within the Club, the people who raised them often remained ostracised. For those who experienced racism within the Club, they described it as a toxic environment. They bravely challenged the culture of the Club and highlighted the flaws in Club processes. Then they paid a high price for speaking out about their experiences. It has to be noted that observations in this report are consistent with many claims made by those who were aggrieved by the Club’s culture, attitude and policies.
People from within the club are not the only ones who have struggled with the Club’s lack of leadership on issues of racism, with several First Nations fans of the Club reflecting that ‘It’s hard to be a Collingwood supporter.’
It is important for the Collingwood Football Club to embrace the perspective that ‘acknowledging, addressing and learning’ is an approach that leads to better outcomes for the Club than ‘denying and dismissing’ complaints of racism. The approach should be framed in a way that emphasises the Club’s values, incorporating the concepts of anti-racism and inclusion.

The report states that the CFC will be a better organisation if it comes to terms with its past, rather than attempt to move forward without looking back. Key recommendations in the report include:

The Collingwood Football Club Board needs to ensure the development of a framework for responding to incidents of racism in a way that is proactive, not reactive. This would involve reviewing and improving processes for addressing complaints of racism, and protection for whistle-blowers.
The club needs to implement a framework to ensure accountability and consequences for acts of racism committed by members of the Club community.
Regular audits are to be undertaken of employment and anti-discrimination policies to ensure compliance with legal obligations in relation to a safe workplace.

In discussions held as part of this review, there was a genuine acknowledgement of past failures and a strong desire to do better. People external to the Club noted that it was made up of great people. However, good intentions on and off the field don’t have any significant meaning unless they are embraced and implemented.

Publications such as this year’s State of Reconciliation report are an effective way to check in with the progress of race relations in Australia, even when the outcomes are difficult to read.

As found in this year’s State of Reconciliation report: 43% of the broader community and 60% of Aboriginal and Torres Strait Islander people interviewed by Reconciliation Australia agreed that Australia remains a racist country. Through undergoing regular assessments, organisations such as the Collingwood Football Club will assist with ensuring racism and bullying is always being addressed and dealt with. Throughout the course of the Do Better report, it became apparent that the Indigenous people who were engaged with the Reconciliation Action Plan Group were an untapped asset for the Club. Even while all of these people could speak to incidents of experiencing racism they stated that they’re committed to seeing the Club do better.

The report recommends that further evaluation, including independent assessments, be prepared within the Collingwood Football Club each year that presents the progress against each of the recommendations. The CFC monitoring the progress of these recommendations will ensure that they remain relevant and dynamic, and not grow static and outdated.