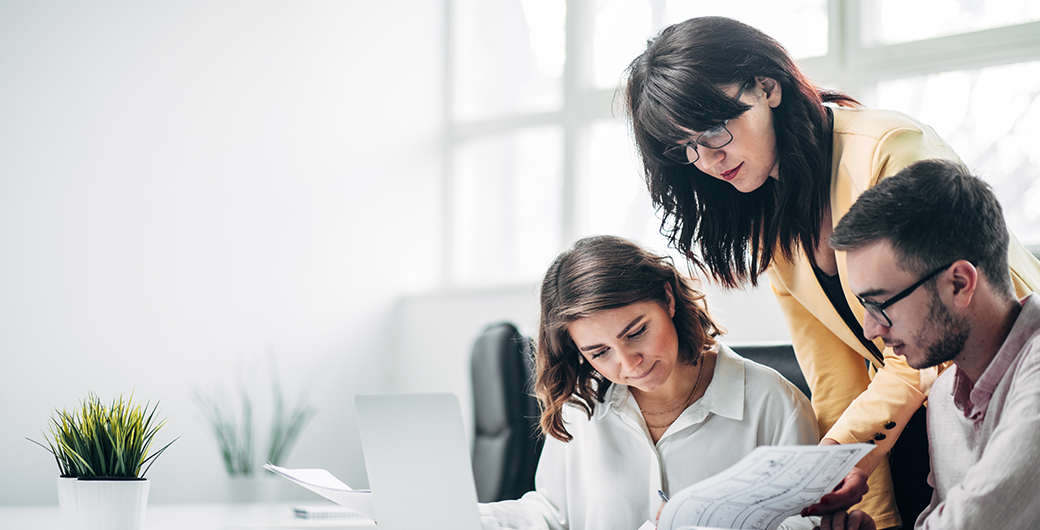 Nudge and co-design are gaining popularity as innovative approaches to solving policy problems. An article in Policy Studies compares and contrasts these two approaches. It also reflects on the implications for policy effectiveness, political trust and government legitimacy.

Co-design is an iterative, participatory and action-oriented process to address public problems. Co-design puts the people affected by an issue (or “end users” of the program or service being designed) at the heart of a creative process. It draws on design thinking – a way of bundling key processes and principles from the commercial field of design so that non-designers can understand and use them.

The article focuses on the participatory, or collaborative, model known as “co-design”. This actively involves people with lived experience in designing options or solutions, in contrast to other design-based approaches where the designer may create the solution based on insights they have gained from others.

Nudge is an approach to policymaking that recognises people are not always rational. They are subject to cognitive biases and heuristics that influence their decisions. Nudge theory proposes policy-makers should recognises that people do not always make the decisions they would if they had more time and using their full cognitive ability.

Nudge encourages policy-makers to design policies that respond to the ways in which people actually behave. This is done through the use of “choice architecture” – a term used to describe how changing the way in which choices are presented can influence the decision made.

Nudge was developed from behavioural economics and psychology. It uses principles from these disciplines to design and develop the choice architecture. A classic example is the use of defaults. By making a particular decision the default, policy-makers are able to strongly guide citizens into making this decision. Although citizens are directed towards a particular decision, they are able to select other options. Nudges are not mandates.

Both co-design and nudge have been presented as ways of finding a solution to some of the big societal problems facing governments. The increase in the use of nudge has been attributed to challenges such as rising rates of obesity and climate change. Some of these issues have been framed as generated by the public unable to moderate their behaviour. Government therefore helps people make better decisions through nudge interventions.

Co-design has similarly been proposed as a solution to the failure of traditional approaches to address wicked problems. Solutions to the complex, interdependent nature of many societal problems requires the input and expertise of both professionals and the public.

Nudge and co-design are often contrasted to traditional policy tools which are not seen as recognising the real-world or people’s actual behaviour and perceptions. Both co-design and nudge focus on developing a practical understanding of what could work and recognising the limits of rationality.

Both co-design and nudge offer a means for policy-makers to engage in experimentation. The nudge units champion the use of Randomised Control Trials (RCTs) as a gold standard of evidence as well as advocating the “test, learn, adapt” model. Co-design practitioners similarly emphasise the value and importance of experimentation. Instead of RCTs, they privilege prototypes. Prototyping is a quick, low cost way to test an idea by creating an early sample or model and eliciting rapid feedback on it.

An arranged marriage of incompatible bedfellows?

While nudge and co-design aim to offer empirically derived evidence about citizens’ perceptions and behaviour, each approach has a distinctive philosophy.

Co-design and nudge come from different disciplinary and institutional backgrounds and are founded on some fundamentally different ways of seeing the world. Each constructs evidence and expertise differently and is underpinned by a different type of logic. These differences are summarised in Table 1.

Table 1: Differences between nudge and co-design

Does it matter if these approaches are contradictory?

While there are similarities between the approaches, if we try to apply them together and accept the underlying assumptions of each, then we are met with contradictions.

To effectively combine nudge and co-design, policy-makers would need to focus on both individual and collective decision-making. More significantly, a policy-maker would need to simultaneously see themselves as an expert (using behavioural insights) who has the authority to guide how others should behave. They would not see themselves as an expert in other people’s lives (where lived experience is a valuable form of knowledge) since people should be the guide in their own lives.

It is challenging to reconcile these differences. How does the idea that government’s role is to nudge people because people do not make good decisions, sit with the idea that people should be actively involved in shaping the decisions, policies and services that affect them? There is a fundamental incompatibility between the theory of nudge and the participatory mindset of co-design.

In practice, policymakers take elements from each to apply to policy problems. State-citizen boundaries are also blurred, crossed and re-crossed in using the two approaches together. In co-design, the authority is shared between the state and the citizen, while in nudge it is the state guiding the citizen. By incorporating the two methods together, the margins of authority and expertise are obscured, potentially adding to confusion on the role of government and declining trust.

Nudge and co-design each offer a somewhat new and contrasting way of thinking about and making policy. When considered together, the underlying logic and political philosophy of the two approaches are conflicting. While nudge seems to fit better within the dominant rationalist paradigm of public policy, co-design challenges conventional assumptions about what counts as evidence and who the experts are in policymaking.