How can regulators change workplace culture?

How can regulators change workplace culture? 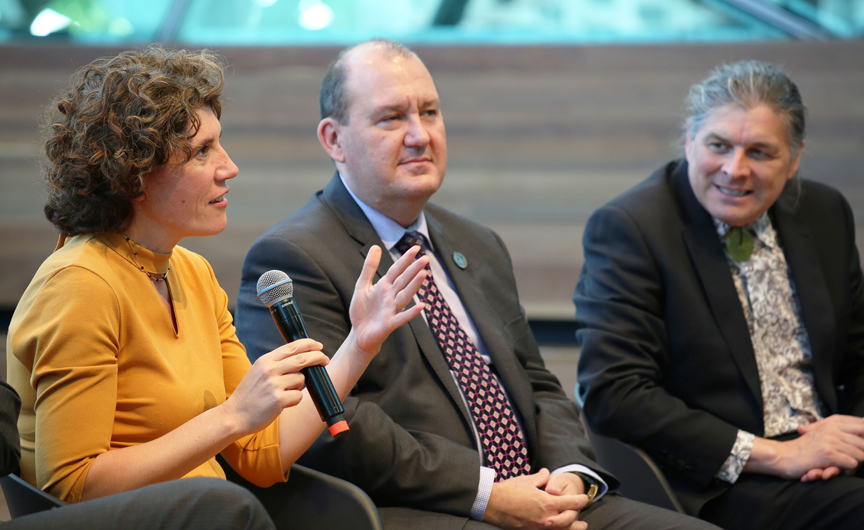 Workplace culture is best described as ‘what people do when nobody is watching’, and regulators cannot be watching all the time.

To be successful, regulators need to look beyond legislation and regulatory structures and examine the thorny issues of how to encourage good organisational cultures and avoid toxic cultures.

The 2018 ANZSOG/ National Regulators Community of Practice (NRCoP) Forum, held in Melbourne on December 6, brought together 180 regulators from Australia and New Zealand to examine how  regulators can change organisational culture.

Conversations ranged from whistleblowing, enforcing good culture, and the positive tools at regulators’ disposal to build better cultures such as accreditation and incentives.

Regulating culture in the banking industry

No discussion of regulation in 2018 would be complete without reference to the Royal Commission into Financial Services, which has uncovered widespread malfeasance across the financial sector and shone a light on poor institutional culture and ineffective regulation.

Keynote speaker Dr Femke de Vries, Special Professor of Regulatory Enforcement at the University of Groningen and former Secretary-Director at DNB, the central bank of the Netherlands, outlined how her home country responded to similar scandals to develop a far more intrusive and proactive system of financial regulation.

Dr de Vries said the Netherlands shifted to a more aggressive system of regulation which includes a separate enforcement unit. The unit aims to avoid regulatory capture by removing itself from the day-to-day scrutiny of banks. It has also tried to anticipate problems by ensuring that all new products are examined by regulators before they are introduced.

Regulators look more closely at culture by analysing systems of targets and rewards within banks, using psychologists to complement the work of lawyers and financial experts.

They have also strengthened “fit and proper” tests on board members, and an increased ability to revoke their licence to sit on boards.

Dr de Vries said that good structures alone could not guarantee good governance, and that supervisors needed to develop the “will to act” – something which required a clear mandate, operational independence and accountability, skilled staff, avoidance of regulatory capture, and the willingness to make unpopular decisions.

Regulators needed to understand the culture that existed right through organisations – from leadership and board dynamics, the formal and informal incentives that operated at all levels, and the beliefs held by staff.

She said there was no “ideal” organisational culture and that regulators needed to understand cultures and manage the potential risks they contained.

Given it often takes a crisis to generate real reform, the Dutch experience gave attendees an interesting blueprint for what may emerge from the Royal Commission’s recommendations.

ABC journalist Nassim Khadem, who has reported on the Royal Commission, said it was likely to recommend major changes to the way financial institutions were regulated, rather than strengthening already tough penalties.

She said that this would mean the Australian Securities and Investments Commission and Australian Prudential Regulation Authority would need to show greater willingness to act and move away from a culture of negotiating outcomes with institutions that had broken the law.

It was ‘problematic’ that regulators did not have a culture of pushing cases to court when there were clear breaches of existing law and had missed the chance to establish precedents.

Regulating from inside and outside, encouraging whistleblowing

Other sessions brought together ‘outside’ and ‘inside’ regulators including Catherine Myers, CEO of the Victorian Commission for Gambling and Liquor Regulation, George Mason from the New Zealand Ministry of Business, Innovation and Employment and Luke Cornelius, Victoria Police Assistant Commissioner.

Genene O’Neill, from the Queensland Department of Environment and Science, spoke about understanding motivation to improve environmental regulation of quarry operators. The approach uses a mix of regulation, education and support, and public recognition of good operators to tap into the motivation of individual operators and lift compliance rates.

The final panel of the day discussed the issues of how to protect whistleblowers, improve error management and build cultures that recognised and remedied bad behaviour.

Dennis Gentilin, Macquarie University adjunct fellow and former NAB whistleblower, said that whistleblowers were deterred by the fear of being punished, and fear that nothing would happen if they spoke up. He said that “pluralistic ignorance” meant that some people failed to come forward because silence created a false impression that problems were not widespread or were accepted by the majority of staff.

He said that one of the biggest difficulties was that an organisational culture that encouraged wrongdoing also often discouraged whistleblowing.

Pauline Ireland, Director at the Victorian Department of Health and Human Services, said that organisational culture was key to encouraging people to report problems because people were shaped by social norms within their organisation. She said that the difficulties in dealing with these situations meant that employees often gave up and failed to act on their concerns.

Stephen Duckett, Health Program Director at the Grattan Institute, outlined how medicine had shifted from a closed, “secret doctors business”-based system that discouraged open reflection, to one where the health system was beginning to become more open about their processes.

“I believe that employees always needed to be able to ask ‘in whose interests am I working?’” he said.

The Regulators Forum is an annual event and provides an opportunity for regulators to interact with presenters, network and informally exchange ideas with counterparts from across ANZSOG’s 10 jurisdictions. View more information on the community of practice.

View photos from the Forum: