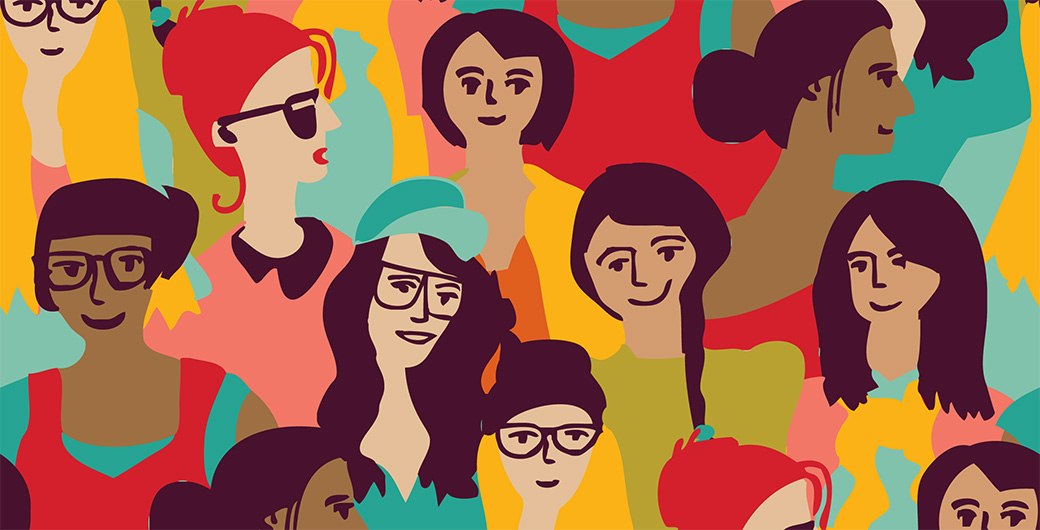 Macquarie University academic Amy Thunig was ‘first in family’ to attend university, and is using her position to disrupt and decolonise formal education, seeking to ensure that pathways are strengthened for Indigenous knowledges, students, and academics.

The Gamilaroi woman’s achievements were recognised at the 2019 Women’s Agenda Leadership Awards, when she was named as co-winner of the ANZSOG-sponsored Emerging Female Leader in Government or Public Sector.

Ms Thunig was nominated for her outstanding academic and community leadership. As well as her academic career, she works to support Indigenous university students, has a growing media profile, and is part of the Aboriginal Education Consultative Group, a not-for-profit organisation which is recognised as the peak advisory body regarding Aboriginal education and training at State and Commonwealth level.

Amy is an associate lecturer in the Department of Educational Studies at Macquarie University, where she is also undertaking a PhD in education with a focus on Indigenous women in academia. Ms Thunig is a freelance media writer and panelist, writing for publications such as The Guardian, Junkee, IndigenousX and appearing on ABC’s The Drum to discuss education, politics, and Indigenous-specific matters.

WATCH: ‘Disruption is not a dirty word’ by Amy Thunig:

“I was really surprised to win given the calibre of the other finalists. It’s a great encouragement to win an award for work that is not always seen and given my commitment to bringing academia out to the broader community, it’s a tangible marker for me that I am achieving something,” Ms Thunig said.

Ms Thunig shared the award with NSW Surveyor General Narelle Underwood, who won for her work in modernising the role of Surveyor General and working to lift the public profile of surveying to encourage more young people into the profession.

Ms Thunig said that data and research were inherently political, and that part of her work was to expand the number of Indigenous academics and knowledge-holders and ensure that Indigenous communities benefited from the research extracted from them.

“There’s a saying that research is not done until it is disseminated, and when it comes to research in Indigenous related areas, you could argue that most of it is never appropriately disseminated, so never truly done,” she said.

“We need to create bridges and pathways that result in this work also being accessible to those outside of academia, which means consumable language, and bringing it out from behind paywalls.

“Aboriginal people are the most researched people on earth, but very little of that comes back to us. With the work I do, I am not just taking data, it also needs to be given back. In academia, we have access to a lot of data but it is not being shared widely, or in accessible ways with the communities it comes from.

“I want to make sure that more academics break research papers down and put them out there, and move to a reciprocal model – where research is gathered collaboratively and is also given back, I hope my engagement within media and academia will encourage others to cross those lines.”

“Within academia there is still a lot of work which is terrible about First Nations people, literature that is violent or inaccurate or talks about us without us,” she said.

“Having more Indigenous scholars leading research enables and empowers more accurate information and we all benefit from having a broader range of knowledge creators.”

Ms Thunig said that academia can be perceived as a safe place to keep research because it is closed off, and academics can write almost exclusively for audiences of other academics. Learning to write for the media has been an intentional part of her goal of making research work accessible and building bridges between academics and the broader community.

“I was the first from my family to finish high school, let alone go to university. So I had to learn that new language when I started university, likewise the media has different structures codes and rules, which I’ve had to learn too,” she said.

Ms Thunig says that part of her work is breaking down the structures of settler-colonialism in education which are continuing to disadvantage Indigenous peoples.

“Formal education structures in Australia have been built up from a foundation which was pretty overtly based on white supremacy ideologies,” she said.

“Education has been taking place on these lands for millennia, but the first formally imposed schools post-invasion weredamaging for Aboriginal children and communities. They were tools for enacting cultural genocide, imposing Christianisation and breaking down the relationship between sovereign children and their families.

“We are only a few decades post-formal Stolen Generation policies, and there has been no ‘reset button’, things have improved in numerous ways but we continue to live with structures, policies, and even people who prop up deficit modelling and a belief that First Nations people, culture and education models are inferior to those of the settler”, she said.

When asked how school systems could be improved for Indigenous families, she referenced the importance of organisations such as the Aboriginal Education Consultative Group (AECG), which while acknowledged as a peak advisory body for the New South Wales Department of Education, was defunded in 2014 by then Prime Minister Tony Abbott.

She said the AECG was doing important work but was now a completely volunteer-runorganisation.

“If the government is truly committed to improving outcomes for Indigenous students, and increasing Aboriginal education for all students, then they could support Indigenous controlled and led groups such as the AECG by actually funding them,” she said.

She said that while Aboriginal and Torres Strait Islander people across the continent are around 3% of the population, in New South Wales, they are 7.4% of the State schooling population, witharound 60,000 Indigenous students currently enrolled in NSW schools.

“There are a lot of ‘speech acts’ and declared good will, but the record in schools is still mixed and there is not always a lot of follow through,” she said.

She said that Macquarie University was developing and implementing increasing levels of support not only for Indigenous students, but also for non-indigenous students to learn about the history and present of these lands and Indigenous culture. One initiative which Thunig is proud to be part of is the Manawari mentorship program, which pairs Indigenous students with an academic mentor.

She said that there were still significant barriers stopping Indigenous students attending university.

“My family are strong supporters of formal education and always wanted it for me. I aimed to go to university from a very young age, but when no one you know has gone, and no one knows what that means logistically, practically, financially, it becomes really difficult,” she said.

“I am quite passionate about enabling programs and upskilling people’s cultural capital to make university more accessible, not just for entry to program, but so that they can successfully navigate all the way to successful completion and beyond.”

“We need to work on that as well as on breaking down the expectations of who can be an academic, and who can be a knowledge holder.”