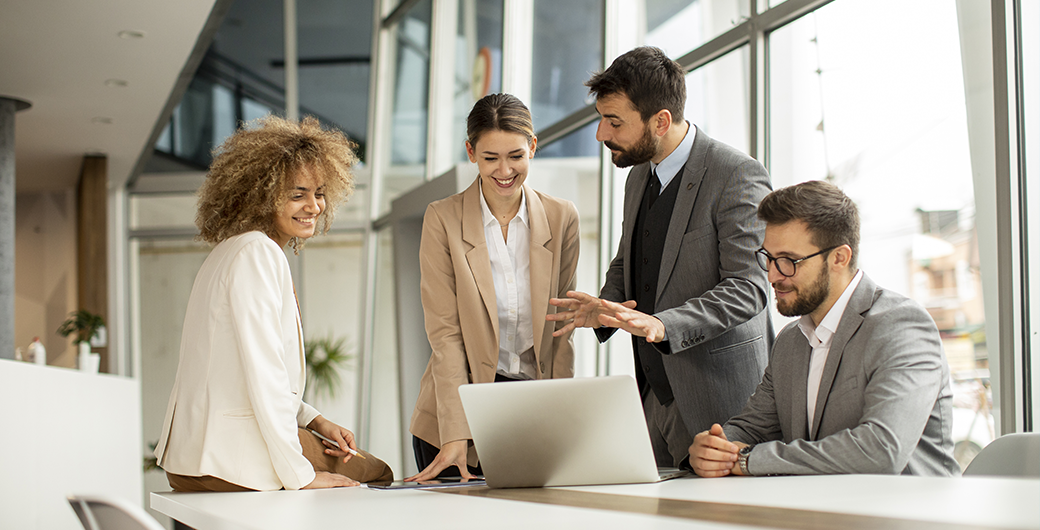 Becoming a Deputy Leader is the one of the biggest steps up in a public servant’s career. More responsibility, more ambiguity, a greater need to delegate, and the need to quickly adapt to making decisions at the interface of politics and administration.

This new career phase requires more than a new set of skills of frameworks. It requires a new approach to leadership and a new understanding of the environment you are working in.

In the second half of 2021, ANZSOG’s Deputies Leadership Program (DLP) returned under the leadership of co-directors Kathryn Anderson and Martin Stewart-Weeks, supported by an array of participants from senior levels of Australian and Aotearoa New Zealand public sectors. Nominations for the upcoming 2022 DLP are now open.

The goal of DLP is to challenge participants to think more broadly about the different dimensions of a Deputy role and explore how they can develop an integrity-based leadership style. The program’s design gives them the chance to engage in frank conversations with experts willing to share their inside experience.

Participants in the 2021 version of the program have praised the depth and breadth of what they learned, the quality of guest presenters and the focus on integrity and the personal dimensions of leadership.

“To have sessions like the one with two auditors-general, who were so open about their experiences and were great on how important it was to have good governance, and how useful it was to operations.”

The program’s co-directors said that the design of the course was shaped by their own experiences in government, discussions with current Deputies about the issues they were grappling with, input from academics, and informal discussions with people at more senior levels about what they wanted deputies to know.

“We started by asking: what would a group of newly minted deputies want to talk about?” Martin Stewart-Weeks said.

“Most deputies find themselves leading change in a rapidly evolving public sector. The program combined three pieces: one around ethical leadership, second, the focus on performance and accountability, which never goes away, and finally what is their responsibility for stewardship within the system, as leaders who need to have an eye on the quality and vitality of the system itself.”

Kathryn said that the program recognised that Deputy roles have changed.

“They have a big span of control, are dealing a lot more with ministers and offices, and also working on really difficult problems. We needed to focus on what deputies require to perform the full suite of their responsibilities,” she said.

She also highlighted that one thing that stood out from the 2021 cohort was the leadership roles that Deputies played in the COVID response.

“They had played in a different leadership space on top of their normal role. This program gave them the opportunity to stop and reflect on what they’d been doing at that public sector leadership level,” she said.

Participant Sophie Mexsom, Crown Law Office (NZ) Deputy CEO Strategy and Corporate, said that stepping up to a Deputy level had shown her the complexity of making decisions at higher levels.

“At the lower levels decisions are mainly operational, but higher up they have so many more inputs. You need to be really aware that you don’t have to know all the answers, you need to know who else can help, and to be aware of the public service as an organism, and the need to build relationships.”

She said the ANZSOG Deputies Leadership Program had been a chance to think through the issues that she was dealing with.

“I enjoyed the focus on wicked problems, and just having the time and space to think about what it is that I’m grappling with. It was not about strategies or frameworks, it’s about that freedom to think and discuss, which was really liberating,” Ms Mexsom said.

“Hearing from the three departmental secretaries was fascinating. They spent about an hour with us and were very open about the pressures that come with this kind of role. They were clear that ‘what’s brought you to this point won’t serve you for the future’ and that you will need to be flexible and adaptive.”

Martin Stewart-Weeks said that the course was not about teaching or training in the traditional sense.

“What we offered was a series of conversations and spaces in which deputies could learn without necessarily being taught, using the experiences of people either currently or recently at senior levels of the public service.”

“It’s not about frameworks or leadership models as such, because at that level they are not what people need.”

“Given the seniority of the cohort, their level is about the grey and navigating the nuance. While frameworks were present, the focus was on ‘OK, how does this really work?” Kathryn said.

The chance to have frank conversations with high-level public servants is an important characteristic of the program, and Kathryn said that many senior public sector leaders jumped at the chance to contribute as guest presenters.

“The opportunities for these kinds of candid conversations are rare. The presenters who participated in the program genuinely value public service and are generous in sharing their experience and what they know.”

Participant Judith Formston, Deputy Chief Executive, SA Department for Infrastructure and Transport, recently took on a deputy role at a time of major challenges around adapting to COVID-19 and pivoting the organisation.

“The Deputies Program was recommended to me by my former Chief Executive and Public Sector Commissioner who said it might be a good steppingstone for me.

“It was extremely professional, and I was impressed at the high quality and experience of the presenters. It is a rare opportunity to talk in small groups to people who are leading Royal Commissions, or are former department heads, and who are so open and honest about the challenges we all face.”

She said that the focus on the personal dimensions of leadership was an important part of what she took away from the course.

“It’s about bringing your full self to work, and also understanding what it is to bring people along with you, as well as working professionally and ethically with your Chief Executive and your Minister. It got me thinking more about personal integrity and making sure that you speak the truth and are open and accountable in all forums,” she said.

The DLP featured a session on ethical leadership, which Martin Stewart-Weeks said was highly relevant to deputies.

“The ethical dimension of leadership is an area that, even though sometimes it is astonishingly fraught, is absolutely rising as an anxiety but also an opportunity for leaders in this space – this stuff matters to them, and is incredibly timely because there is a lot of anxiety about how to do it well,” Martin said.

Mr Little said the program was a great opportunity to meet peers and gain confidence and a broader understanding of the public sector, which he would recommend to other new deputies getting accustomed to their roles.

“It was a great cohort. We all spoke about the pandemic and the way it had put us as under pressure – relating to ministerial offices, plus running a department and doing our day jobs from home.”

“One thing that sticks in my mind is the presenter who said: ‘be bold in what you do, keep asking what’s your legacy? Drive it like you stole it, because leadership is a privilege.”

Kathryn Anderson served as a Deputy Secretary in two departments in the Victorian Public Service, and has worked across jurisdictions in policy, program and corporate roles. She is now a Partner at Cube Group, a consultancy working exclusively with the public purpose sector. Kathryn is a Fellow of the Institute of Public Administration (IPAA) Victoria.

Martin Stewart-Weeks has been a Ministerial Chief of Staff, public servant in Canberra and Sydney and an advisor, facilitator and writer at the intersection of policy, public sector management and leadership and technology for the past 30 years. He held executive roles in the innovation and strategy group at Cisco Systems and is the founder and principal of Public Purpose Pty Ltd. With Simon Cooper, Martin is the co-author of Are We There Yet? The Digital Transformation of Government and the Public Sector in Australia (Longueville Media, 2019)

Guest speakers for the 2022 DLP are still being finalised but speakers in the 2021 program included:

The 2022 Deputies Leadership Program will consist of six sessions spread over three months, beginning on 12 July. Nominations are now open.