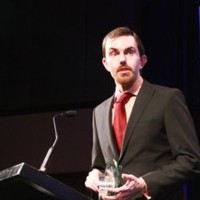 Coan is an Assistant Secretary at the Department of Defence. He has worked in various roles in Western Australian Treasury, most recently in the transport portfolio dealing with infrastructure planning, delivery and the use of data in improving service delivery. Coan has a Bachelor of Commerce (Hons), completed his EMPA in 2012 and recently completed his CPA studies. In 2012 he was awarded the WA Young Public Servant of the year award, followed by the National award by the Institute of Public Administration Australia. He has a keen interest in improving the efficiency, effectiveness and equity of government services and evidence-based policy.