How do we design effective individual funding systems for people with disability?

How do we design effective individual funding systems for people with disability? 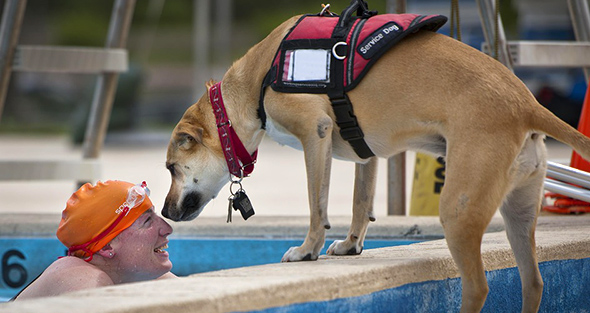 The introduction of the National Disability Insurance Scheme (NDIS) has been described as the largest social policy reform in Australia since the introduction of Medicare. The aim of the scheme is to empower people with disability and their families, and support individuals to participate more fully in society and the economy. By 2020 the NDIS is expected to support around 460,000 participants at a cost of $22 billion.

A key component of the NDIS model is the provision of individualised funding to people with disability, who should then have greater choice and control over how this is spent. Individualised funding is seen as a way to move beyond current systems of service provision which are seen by users as underfunded, inflexible and dominated by professional perspectives.

While this sounds good in theory a new paper by Associate Professor Helen Dickinson, published in ANZSOG’s Evidence Base journal, raises doubts about the quality of the evidence in favour of individualised funding.

Australia is not the only country to embark on such a reform of disability services, with a range of similar reforms happening in the UK, North America and Europe.

Associate Professor Dickinson says that worldwide there are a number of different schemes that fit the category of individualised funding, with distinct differences around factors such as: who holds budgets, what they can be spent on, and how service providers are contracted. In addition, a lack of rigour in evaluation makes it difficult to be certain about the efficacy of the schemes.

As well as these structural differences there is a philosophical divide over whether individual funding is intended to uphold consumer or citizen rights.

“The former suggests that greater rights can be afforded by the letting people choose what services to purchase within a market. The latter – citizen rights – is about more than simply having the opportunity to exercise consumer choice; it is about the links of individuals to the community that they live in, and their ability to exercise democratic rights,” A/Prof Dickinson said.

“A citizen rights approach goes beyond customising services to giving people with disability a greater role and greater responsibilities in designing solutions.”

A/Prof Dickinson said that individual funding can save costs and can improve consumer outcomes under some circumstances, “but these benefits are not assured”.

Her review finds that several key factors need to be in place if individualised funding systems are to be effective and achieve the potential benefits for people with disability.

Choice over whether to receive traditional services or self-manage
Support appropriate to a person’s cognitive, physical and cultural needs, which allows them to be an active participant in planning
Provision of adequate resources to meet needs and ability to quickly reassess when needed
Clear guidelines about what is allowed and what not, allowing for maximum flexibility and creativity
Support from peers (i.e. other consumers or families)

A/Prof Dickinson says that, despite initial enthusiasm for individualised funding schemes, there is growing skepticism as to their efficacy.

“Concerns have been expressed about the ability of these schemes to achieve their aims of being more cost effective, improving choice and control for consumers, and improving outcomes for individuals with disability,” Associate Professor Dickinson said.

“Ultimately what we need is longitudinal research to examine the precise ways that the distinctive social service reforms in Australia will play out.”